3 Months Today Since I Said Goodbye to Sweet B 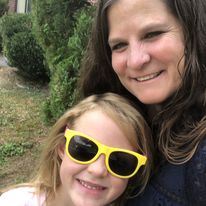 Today marks 3 months months since sweet little B left my home to go and live with her family. Today is not the way I thought it would be. Before B left there was much talk of me staying very involved with her even after she left my home. Per her therapist advice, I have mostly left the ball in their court on that. What I thought was going to look like frequent phone calls and sleep overs after she left my home has actually been 3 video chats; the last one over a month ago. 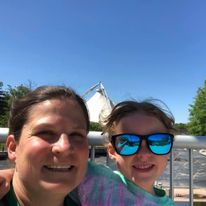 When B first left I was surprised how easy it was. There were some tears but not like I thought there would be. I think I was holding on to there still being frequent visits and phone calls and it didn't seem real that she was gone from my home forever. Now that it has been a month since I have been able to communicate with her it is all hitting me. This little girl who called me Mama for a long while may never be in my home or seen by me again. Recent attempts at communication have gone unanswered. I believe days following my last few video calls with her were difficult for B and her family, as I know it was when she was with me and would have family visits. Her behavior changes as she tries to make sense of it all and is torn wanting to be in two places at once. She loves her family and wants to be with them, as she should, but also loves and misses the time she had with me. Again, I cannot imagine what it would be like to have to go through this as a child. 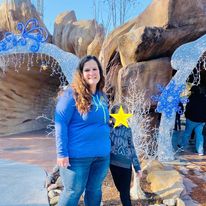 I continue to send her letters, cards and pictures. I want her to know that she is loved by the people who invested in her for 15 months including myself, my family and many friends. My niece and nephew have made many pictures and notes to send along to her.

I pray and believe that the love of Jesus she encountered while in my home, will continue to carry her through transitions into her new normal. She knows that she knows that Jesus loves her and he is always there! All those long bedtime routines including bible stories and chats about Jesus are one of the ways I am so grateful she encountered the Gospel consistently and in a way that was appropriate for her age. I  will always think of her when I see The Jesus Story Book Bible, Loved, Don't Forget to Remember and Who Sang the First Song! 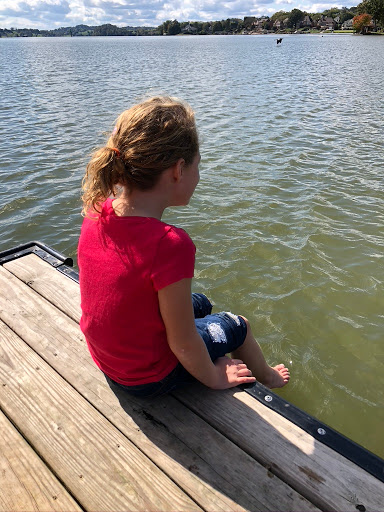 Posted by Shea Payne at 3:58 AM No comments:

I don't really even know where to begin this blog. My heart is very conflicted right now. I knew going in to being a foster parent that reunification with the biological family is always the goal. Knowing that before you have been a foster parent to a child is VERY different than knowing it may be a possibility for a child who has been in your home for almost 13 months.

The first five months of B being with me was absolutely a honey moon period. She was always on her best behavior. I did not know at the time, that she was in survival mode, a learned behavior of living in over 10 different places with countless different people in her short lifetime. At that time, foster parenting was not as difficult as I thought it would be. Around month 5, when she finally began to trust me, things got extremely difficult. I was a target of the rage that had been stuffed inside her for so long. I knew where the behavior came from, but it didn't make the days any easier.

The end of the 5 month honeymoon period coincided with the beginning of the Covid quarantine. She was stuck in a house with someone she did not know yet if she could fully trust. After being hurt and let down so many times by so many adults, it is hard for her to be open to bond with another.  My need for Jesus was made more and more evident in these weeks and months following the honeymoon. I was hearing stories of things I could never imagine a kid would have to go through. She was trusting me enough to open up, which was an honor, but also such a heavy burden to carry. I had to continue to remind myself to give it to the Lord. I have learned through this that Secondary Traumatic Stress, also refereed to as Compassion Fatigue, is a REAL thing. It is "an extreme state of tension and preoccupation with the suffering of others.  This is the emotional duress that results when an individual hears about the firsthand trauma experiences of another.  Those most affected are loved ones, therapists, child welfare workers, case managers, caregivers, and other professionals who are so focused on the care of others that they neglect their own needs and are not practicing self-care." I was focused on her and not taking the time I needed with Jesus or just doing things I love and that fill my soul. I slowly began to do integrate it in.

She also needed time away from me to be with people she was not expected to bond with.Thankfully in May we were able to get her into summer care, this gave both of us a much needed break from each other and made the time we were together so much sweeter.

In May, after not hearing from family for 8 months, she began having zoom visits. This was bitter/sweet.  I was glad for B that she was able to talk with family, but I could tell it also caused a lot of confusion for her having to go back and forth between her mom and me. If you have ever seen the movie Instant Family, there is a lot of truth in how it goes after visits in that movie. I can't imagine having to process, as a child not being able to be with my biological parents. The visits have continued and mom is trying to do what she needs to in order to get B back. In July we found out an aunt was granted her motion to intervene, meaning aunt was wanting visitation rights as well as a chance at having B come live with her. B was told about this. Since July, there has been this turmoil for her not knowing if she will live with me, her aunt or her mom forever. It causes a lot of anxiety for both of us. She wants to be with her family and she wants to be with me. Of course, I want her to be with me, but also want her to have a chance to be with her biological family. It is just hard to believe that enough has changed in their situation that B will not be subjected to more trauma if she returns to them. I have learned so much about what UN-dealt with trauma does to generation after generation in a family. B and I pray every night that Jesus would rescue her parents and heal them.

B had her first in person visit with her aunt this week, since coming into custody. She is again confused with hearing about the room her aunt had prepared for her to possibly come live in soon. She knows that ultimately the decision is left up to DCS and the courts. A trial home placement could begin where she goes back and forth from me to them or the judge could do a straight exit to her family. What a place to be in! She has no say in where she will be living in the coming weeks and months.